How to detect a lie or a bluff

In a minute, I'm going to show you how to slam the door on any kind of business lie or bluff. But first ….

How good are you at detecting lies?

LYING IS VERY HARD TO DETECT.

AND LYING IS MORE COMMON THAN YOU THINK.

In an average 10 minute conversation, you’ll get lied to 2–3 times. It’s just part of life. My phone died; Traffic was horrible; I’m 5 minutes away; I’m never on social media; and … “You can tell me the truth … I won’t be mad.”

But if you plan on making money and becoming a Dealmaker you need to know how to spot the big lies, the bluffs and the high-stakes deceptions.

Because a few years ago, I needed it when ONE BIG LIE stood between me and a huge deal.

I was trying to buy the Capitol Records building in Los Angeles ….. check it out. 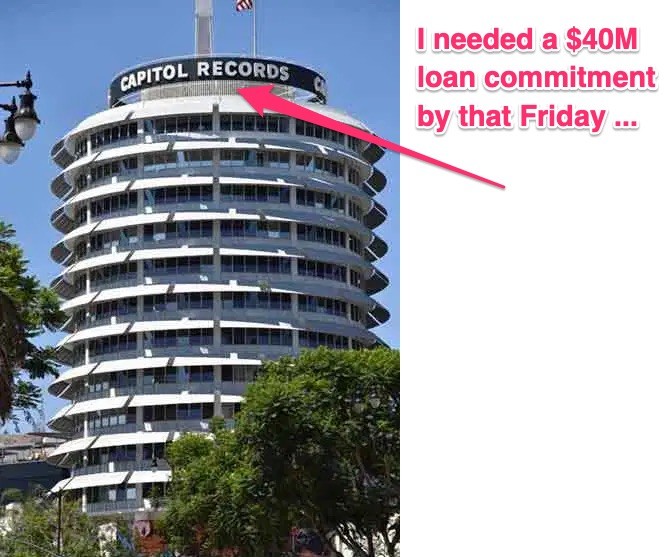 At the time, I had read 2 books on “lying” written by FBI/CIA -types.

So thought I was a master at FBI -style lie detection

And I was pretty sure the bank was going to do the deal with me.

…. but they hadn't sent the money.

Was their commitment a TRUTH or LIE?

I told my business partner they were being honest:

I said, “Don't Worry, the bank will come through….”

We lost 150K in hard costs. And today, people still make fun of me for that screw-up.

Yeah very funny. But that's when I realized how useless the FBI and CIA and “Police” techniques are for detecting lies.

LYING IS VERY HARD TO DETECT.

Ok …. YES, you're correct if you're thinking … there ARE experts at the FBI and at the CIA and in the Israeli military who can tell if you're lying, but first …

“he touched his elbow”

“he blinks a lot”

Give me a break with that shit.

Anyone can find a liar in that situation.

LYING IS VERY VERY HARD TO DETECT IN BUSINESS SITUATIONS.

One study, for example, found that people were only able to accurately detect lying 54% of the time —hardly impressive when factoring in a 50% detection rate by pure chance alone.

LYING IS MORE COMMON THAN YOU THINK

Because lies are essential to life: “Lies” allow us to form groups, cooperate, do businesses, communicate with others, and eat at a new restaurant without interrogating the chef about his qualifications in making Sushi and his Michelin-rating. But it also means that when someone really wants to deceive us, we’re wide open to deception.

ONE OF MY MANY LIE DETECTION TOOLS IS “THE 4 RED FLAGS.” THIS IS A RELIABLE WAY TO IDENTIFY IF SOMEONE IS LYING TO ME.

I don't care if “Traffic was bad” or not.

I don't care if they say “I thought I sent that email yesterday.”

I don't care if their phone didn't really “die.”

I ONLY CARE ABOUT ONE METRIC: WILL THEY WILL PERFORM?

In other words, will they close the deal?

HERE'S THE 5 RED FLAGS YOU NEED TO KNOW: This is one easy way to know if you're in a bluff, major lie or deception:

RED FLAG #1: Do they have a good track record with you of returning emails, coming to phone calls on-time and returning texts?

RED FLAG #2: As the deadline gets closer, do they start talking about a “partner” or a “committee” or a “Wife” or a “Lawyer” that you've never heard of before?

This is how liars and deceptive dealmakers try to stall deals, by suddenly introducing a “partner” they need to check with before signing a contract.

Any Dealmaker will tell you, Real Deals have a beautiful musical cadence to them. When someone goes completely dark, then reappears, then goes dark again … and again … it's not good.

If they won't turn-around and review basic documents, getting an agreement done is going to be exceedingly difficult.

THERE'S SOME KIND OF DECEPTION

OR YOU'RE JUST GETTING LIED TO.

I've seen a thousand deals turn from EXCITEMENT into FRUSTRATION, and wasted time, money and energy because of bluffs and deceptive ‘indications of interest.'

THERE'S NOTHING WORSE THAN FINDING OUT YOU WASTED YOUR TIME WITH SOMEONE WHO CANNOT BUY — OR NEVER INTENDED TO IN THE FIRST PLACE.

The consequences of doing this right or wrong can mean millions of dollars or even a human life. Maybe YOURS.

DEALMAKERS must learn how recognize when someone is giving you the TRUTH, or a LIE or something in between. If you don't learn lie-detection for business, your dealmaking skills will be weak, and you won't achieve your financial goals.